Cathy-on-a-Stick Gets Stuck at the Farm 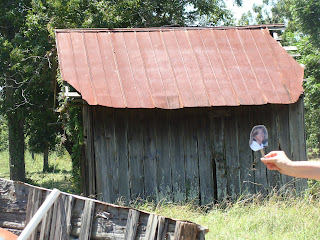 This is the smokehouse left on the land--
200 overgrown acres--we needed a plan. 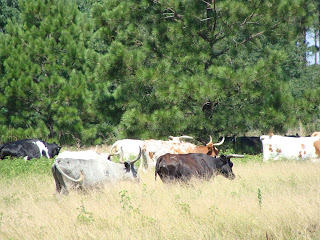 These are Texas Longhorns. They'll eat any old thing.
So we bought a few cows, and they'll get to chewing. 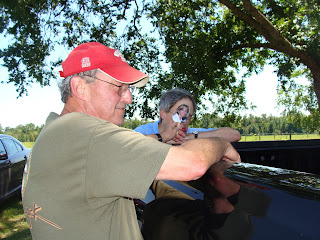 And thanks to these guys--the farmers, I guess,
Cathy-on-a-Stick got stuck in this mess. 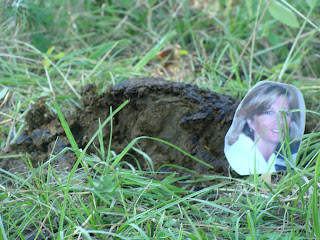 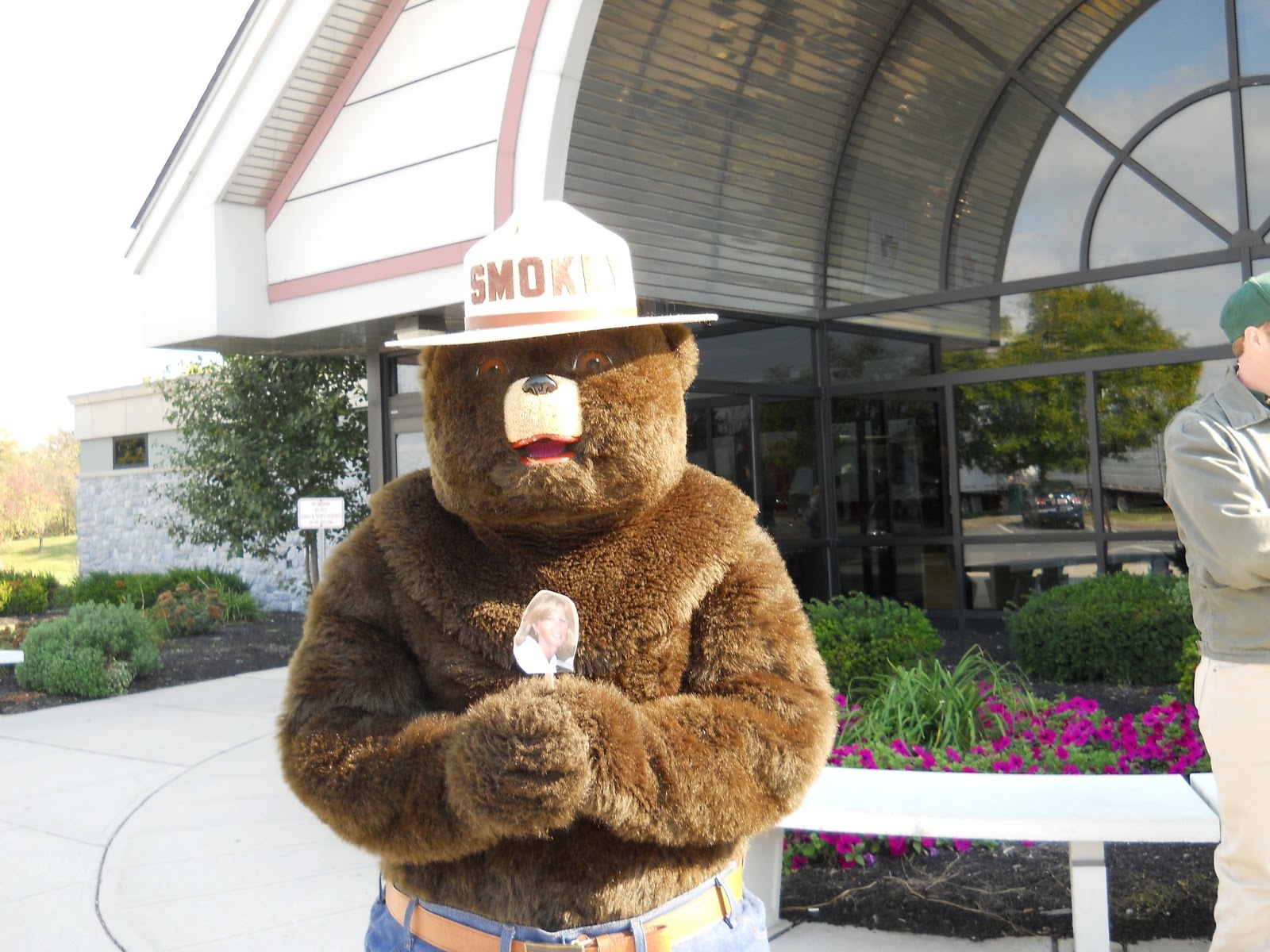 Wow. Time sure flies when you're having (writing) fun, huh? Or maybe it just flies when you forget to bring Cathy-on-a-Stick with you so your (sort of) loved ones can hold her while you take pictures.

But eventually you remember to bring her along. And then you have to resort to getting random folks to hold Cathy-on-a-Stick so a picture can be taken. Which explains why she's with Smoky the Bear.

To be perfectly honest, he seemed to be pretty sweet on her. (And why not? She's smokin' hot.)
Posted by Cathy C. Hall at 11:28 AM No comments:

She's Back For the Olympics

Cathy-on-a-Stick's been hanging out at my other blog for quite awhile because she's been doing writerly things. But today, she got all up into the Olympics, claiming to be a world class gymnast. So she deserved a trip back to her own blog.


1. The floor exercise. (Note: If you want a stick to do a floor exercise, don't put it on a wooden floor. She fell for that floor in a BIG way--and never quite got around to the gymnastics.)


2. The vault. (Cathy-on-a-Stick was seriously hampered by her inability to run. But kudos for trying.)


3. The balance beam. (Yeah, she never actually moved across the balance beam. But since the beam was the handrail of the deck, two stories above the ground, I sort of don't blame her.) 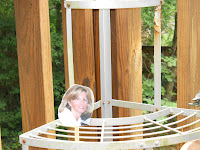 4. The uneven bars. (Okay, Cathy-on-a-Stick took OFF on the bars. I had to have TWO pictures, just to show the awesomeness. But I think a lizard creeping up behind her may have had something to do with the jump.) 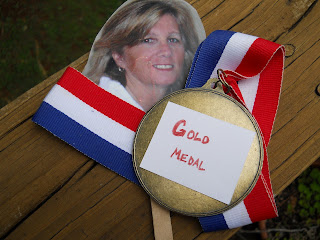 So, obviously, I had to give her a Gold Medal. (We both got a little choked up during the anthem.)

Near Smack-Down at the Decatur Book Festival 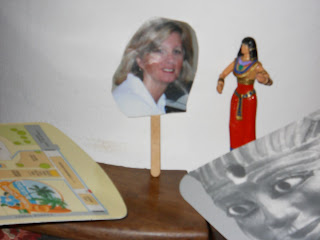 Cathy-on-a-Stick bumped into Drag Queen Cleo at the Decatur Book Festival this past weekend. DQC brings her/his/? own fan along for cooling purposes. Cathy-on-a-Stick had a fan, too. Which she uses for her own purposes.

Fortunately for Drag Queen Cleo, I subverted that purpose, just in the stick of time..
Posted by Cathy C. Hall at 12:09 PM No comments: 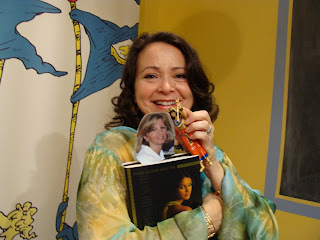 I grabbed Cathy-on-a-Stick and whisked her off to Vicky Alvear Shecter's book launch for her newest release, Cleopatra's Moon, at Little Shop of Stories. And honestly, I had such a fabulous, fun time, hearing all about Cleopatra's daughter, Selene, and meeting new people! In fact, Vicky brought along Drag Queen Cleo, and of course, I introduced Cathy-on-a-Stick. At which point, COS may have mumbled something about "this town not being big enough for the two of them."

I'm not sure if Drag Queen Cleo heard that remark. But then it was picture time, and DQC sorta raised her arms in COS's direction, kinda waving about a spear-like thingie. Which was sorta, kinda awkward, what with Cathy-on-a-Stick's obvious deficiencies in the appendage area.

I figured it was best to get the heck out of Dodge. (But thanks for asking us, anyway.)

The Tale of Cathy on a Stick and the Three Bonsai

Cathy on a Stick went to the Monastery of the Holy Spirit to look for a Bonsai gift for her dad. 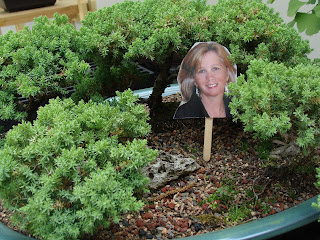 This Bonsai was too short (and WAY too expensive). 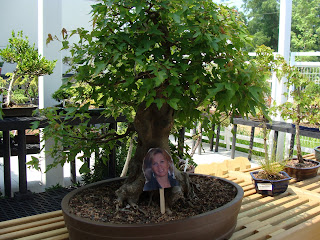 This Bonsai was too fat (and way too expensive). 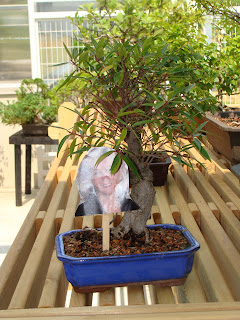 This Bonsai was just right (and heavily discounted).

You Want Talent? I Got A Stick With Plenty of Talent 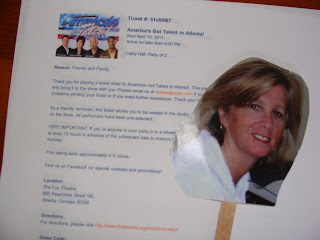 Can you tell that's a ticket for America's Got Talent? See Sharon. And Piers.

Yep, the whole crowd came to the ATL to tape a show in April. And me and Cathy-on-a-Stick were there, whooping it up! You'll probably see me on TV, come this summer. But you won't see Cathy-on-a-Stick. Because Holy Howie Mandel!

That AGT crew was not putting up with any foolishness. Which makes me wonder why we just don't send those guys to our middle schools for a couple days.
Posted by Cathy C. Hall at 3:10 PM 1 comment:

Going places no picture on a stick has gone before.

Okay, that may be hyperbole. But I'm a writer. What do you expect? 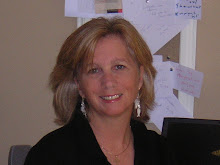 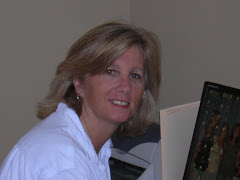 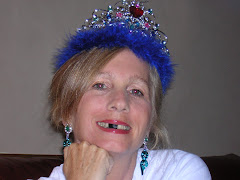 When I'm NOT Fooling Around With Cathy-on-a-Stick